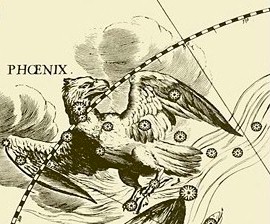 That’s right. I just compared Jean Grey to a Firebird, and then finished it off with a constellation.

The Phoenix constellation is seen by almost anyone in the Southern hemisphere during autumn. Some may know this as the “Fire Bird.”

Either way the main idea is that the bird dies in ashes and rises out of flames.

There are many different legends that revolve around the Phoenix.

According to the Russians there was a girl named Marushka. She was very talented and handcrafted beautiful creations. Men were swept off their feet by her. And each man wanted to run off with her. But she wouldn’t leave her hometown. Kaschei wouldn’t take no for an answer though. He turned into a falcon had Marushka became a fire bird. He grabbed her and they flew into the sky, where she died.

The Native Americans believe that the Phoenix, is a bird of loneliness. Who lives far out in the desert. The bird lived alone for 500 years, it wasn’t young anymore. The bird wanted to be young though and begged for the sun to make her young. The Phoenix burst into flames and out of the ashes came the Phoenix, much younger and stronger.

In ancient Egypt, it was believed that the phoenix would fly to the city of the sun (Heliopolis.) There the bird would build his own altar, burst into flames, leave an egg for the sung god.

In Chinese mythology, the phoenix is only around for the peaceful important times. Such as when a new person takes the throne. 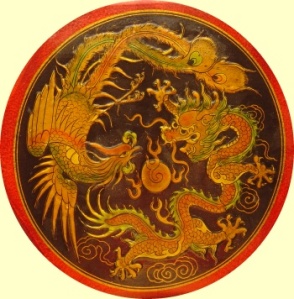 Of course there are many more legends based around the bird.

This is the Phoenix in the sky.

The Phoenix was discovered by Petrus Plancius. It stretches across 469 square degrees. If you really want to see this star and you live in the Southern hemisphere; 9 p.m. on a November night.

There are only a couple of stars that are brighter than 5.0 magnitude. One of them is Ankaa, 80 light years away! His nickname is “bright star of the skiff.”

The constellation is not as old as some of the others, it was discovered in 1603.

Phoenix is a spring seasonal constellation, and can not being seen during all seasons. 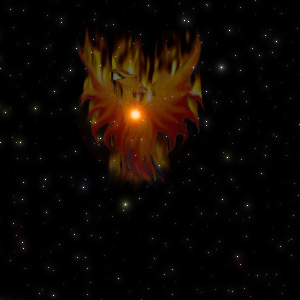 I'm just trying to get by on Fashion, Music, and the lovely world of Anything Else.
View all posts by 60sinseattle →
This entry was posted in Uncategorized and tagged constellation, phoenix, science, stars, X-men. Bookmark the permalink.